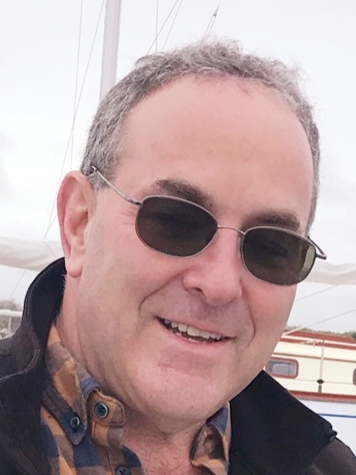 I was waiting for three long days at the 76 in Chicago. My agent couldn't find me a load west — back toward my girlfriend's house in sunny Tucson. It was the week before Christmas in 1998, and Illinois was freezing cold. Hardly a creature was stirring, not even a lizard.

The agent had nothing but eastbound loads. I decided to take an extra high-paying one into New York City. I had a bad feeling about it, but I couldn't bear to remain in Chicago any longer. So off I headed to the land of tolls.

I crossed the bridge into Manhattan during rush hour on December 23. My drop-off destination was the famous FAO Schwarz toy store on Fifth Avenue.

My trailer was crammed with toys, including several pallets of Furby dolls. Those cuddly mechanical owls were the most sought-after Christmas gift that year. Their presence at FAO Schwarz would inspire a near riot — or worse if they didn't arrive. I knew that I must deliver.

I inched down Broadway through the traffic and pedestrians. To get to Fifth Avenue, I had to make my way east on one of the narrow crosstown streets near Central Park.

I was driving an over-the-road Pete conventional. As I jacked wide to turn onto E. 57th Street, my trailer axles couldn't clear the hood and bumper of a taxi without a driver parked near the corner. I was jacked blind, with no partner to get out and spot for me.

Then a fire truck with a siren and flashing lights pulled up close behind. I was blocked in tight as a cork. A police car arrived, adding more lights and noise to the confusion. A cop rapped on my window with his billy club and told me to get out of the fire engine's way. I raised my eyebrows and gestured helplessly. But the cop couldn't see the taxi on the other side of my truck. He yelled, "Move it, PAL!"

One of my few rules is, don't call Dave the Tarp Guy "pal." I switched on some Willie Nelson music, slipped the Pete into low gear, and took my foot off the clutch with no throttle.

I felt two thumps and heard a crunch as my trailer wheels climbed over the hood of the taxi. With no place to pull over and a fire truck on my tail, I simply drove away.

At FAO Schwarz, I had to back in blind. I grazed a fire escape, mangling a fender. I also dented my aluminum tool box when I ran over that taxi. The damages cost me the extra money I earned for coming to New York — and then some.

The loading-dock clerk wore an elf cap and a merry smile. "Hey, Dave the Tarp Guy!" she exclaimed. "I knew you would make it on time."

She gave me a cup of eggnog and a peck on the cheek. "My daughter has her heart set on one of those Furbies," she said.

I stopped complaining under my breath about the traffic and the damage to my truck. "You're welcome, ma'am," I replied. "Merry Christmas."

Sometimes New York City is a nice place. Except for us drivers. My advice is to avoid it. But if you must go: